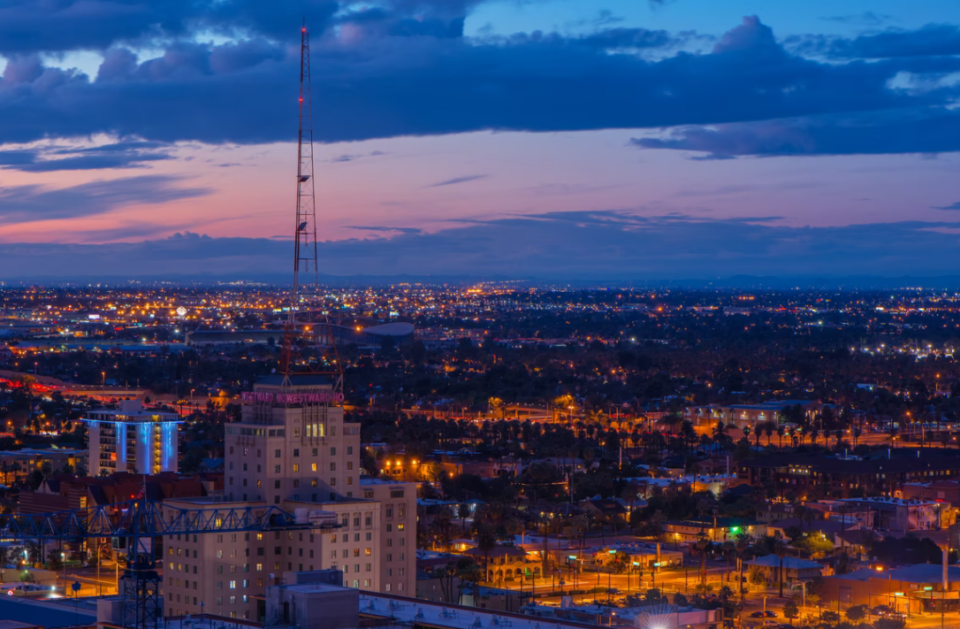 There are many reasons people move to a new city. Some want better weather; others want more space, and some want closer to family. Phoenix Valley is one of the fastest-growing regions in the country, so it’s no surprise that there are tons of people moving here for all sorts of different reasons. But with so many choices, how do you decide which cities in the Phoenix Valley you should move to and buy a home?

This piece will focus on the surrounding cities that are more reasonable and are upcoming around Phoenix Valley and why you should move there.

Avondale is a great option for families, with good schools and very low crime. The only thing is it’s about 20 miles from most things in Phoenix, so if you work in Phoenix, it might be a bit of a commute going back and forth every day. But Avondale has recently been ranked as one of the top 100 places to live in the United States, so it’s definitely an up and coming city.

Its affordability and low crime make it a great place to live. Avondale future developments include a new office complex and a huge retail area which will bring tons of jobs to the city. The future infrastructure encompasses several road improvements and a high-frequency transit system, making it easier for people to live without owning a car. Some of the things that make it a great city to live in include the city’s dedication to improving its education system and several incentives for new businesses.

Chandler is the second-largest city in Arizona and a suburb of Phoenix. It’s a great place with a lot going for it, including a young population and many retail centres with restaurants and shops. According to AreaVibes, Chandler has very low crime rates compared to most places, with a population of more than 100,000. Housing is fairly affordable in Chandler, with houses costing an average of about $250,000.

There are also some great schools for kids in the city of Chandler. If you live near Arizona Avenue and Pecos Road, brand new schools are coming up, which will make it easy for your kids to walk to school. Chandler is also one of the first places to be equipped with the latest technology. With its young population, you’ll see many people using high tech gadgets like self-driving cars, which are currently being tested in this city. The city has several future plans for expansion, including new retail centres and parks, making it an upcoming city not to miss. This is a great city due to its large workforce, with many jobs available for people in this city.

Buckeye is another great place with a lot going for it and has been rapidly growing over the past few years. The young population makes it very attractive to people looking for something different from the older population of cities like Glendale and Scottsdale. Buckeye’s low housing costs make it affordable for just about any income level, as for its proximity to Phoenix. The only thing is, if you work in Phoenix, it may be a bit of a commute since Buckeye isn’t as close to the city as most places are.

But the future plans for Buckeye include new expansions with roads and highways that will make it easier for people to get into and out of the city. It’s also been ranked as one of the safest cities in Arizona, with a crime rate that’s 40% lower than most of the Valley. The new retail centres and expansion plans make it a great city for families within this upcoming decade.

Goodyear is one of the largest cities in Arizona, with a great family-friendly environment. The city itself has kept its small-town feel while expanding into large retail centres perfect for families. With an average price of about $275,000, it’s affordable to most people without having to sacrifice too much when it comes to family fun activities. There are tons of great schools in Goodyear with a very low crime rate.

The city has recently completed some new roads and highways to improve accessibility into the city, making it easier for people to commute from other parts of the Valley. If you’re looking for an upcoming city where things are still affordable, but there’s always something to do, Goodyear is the perfect place for you. Some of the things that make it a great city include the new recreation centre nearby and several new retail centres that have been built in the past few years.

Peoria is one of the fastest-growing cities in Arizona, with a large population of just about 100,000 people; it’s a great place for families looking to settle down in the state. The low housing costs make it a great city for young people looking to purchase their first homes. Peoria is the perfect place for families with kids, as well as retirees. There’s plenty of family fun activities available in this city, so no matter what age your kids may be, there’s always something to do.

Some of the best schools in Arizona can be found in Peoria, making it an excellent place to settle down if your kids are still young. These future city plans include renovations that will make the roads in this city much more accessible for people who are commuting into or out of the city at all hours. Future infrastructure includes new parks, bike lanes, and trails installed to make the city even more accessible. If you’re looking for a great family-friendly city that’s highly affordable, Peoria is the place to be.

If you’re looking for a great place with beautiful desert landscapes that’s still close enough to Phoenix, then Litchfield Park may be what you’re looking for. It’s one of the wealthiest cities in Arizona, and it has some great schools that are ranked in the top 100 in the country. Litchfield Park is one of the wealthiest cities in Arizona, with a median home price of $300,000+ it’s no surprise why so many people want to live here. There are plenty of beautiful homes around this area that will let you enjoy all of Arizona’s great sunny days while still living in a great city. Future plans for the city include renovations that will make the roads much more accessible for families commuting to work or school.

Future infrastructure for the communities living in this area includes new pathways and trails to allow people to enjoy a more active lifestyle while still living close to the city. Litchfield Park is one of the best family-oriented cities in Arizona that has some great schools for your kids, just in case you don’t have time to commute into Phoenix.

Mesa is another one of Arizona’s fastest-growing cities; with an estimated population of about 439,041 people, it provides a great environment for young families looking to settle down in the area. Many new retail centres and other fun family activities make it so anyone can live here. With median home prices still below $400,000, it’s one of the more affordable cities in Arizona.

There are several great schools throughout Mesa, so it’s a great place for young families looking to have kids with kids! The city also has some of the best outdoor landscapes in all states, giving you plenty of reasons to want to live here and raise a family. Future plans for this city include expanding the roadways and trails for cyclists and pedestrians who want to commute to work or school on foot. With all of these new pathways throughout the city, it’s easy to see why it is great, and so many people are choosing Mesa as their future home!

If you’re looking for an affordable, family-friendly community, Surprise is where you need to go. The median home price is about $350,000, making it a great place for young families looking to settle down in the area. The city also has several good schools that are ranked in the top 100 in Arizona.

Surprise is one of the fastest-growing cities in Arizona. With future plans including many new public parks and a large indoor soccer facility that’s designed to train athletes from a young age, it’s easy to see why the city is growing so quickly. A great family-oriented community with beautiful homes and lots of activities for families with kids, Surprise is one of the best places in Arizona as far as places you can settle down and call home.

Future plans for this growing city include adding more trails and paths to allow families to have a more active lifestyle while living here. With so many new homes being built, it’s easy to see why the city is growing so quickly, there are plenty of activities for families with kids, and overall it’s just a great place to be.

5 Cities Worth Visiting for Contemporary Art