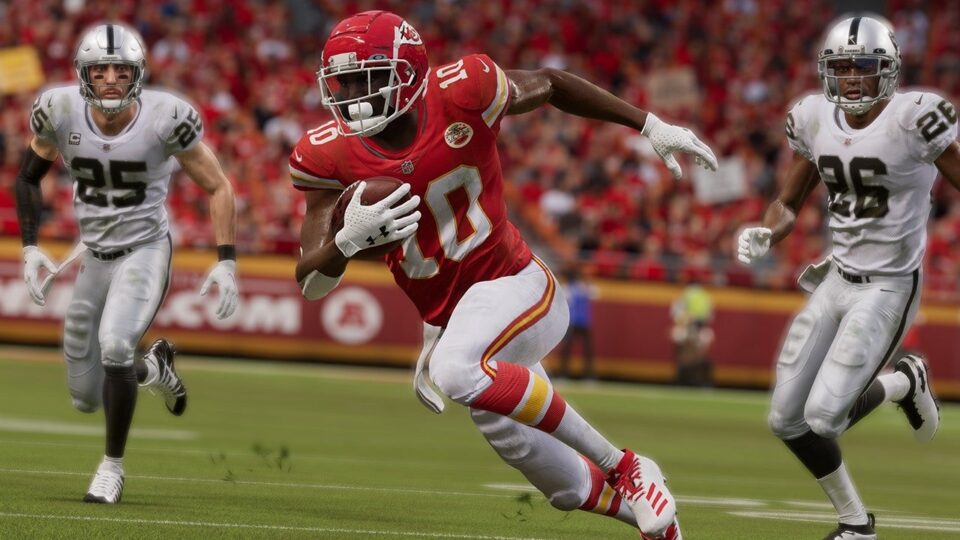 Without a doubt, we can all agree on the fact that NFL is among the most popular sports leagues in the US, after NBA. Just think about how many times you have seen stadiums full of spectators who are interested in seeing some exceptional matches. Since we are talking about the best league in the world when it comes to this sport, it’s obvious that it attracts a lot of attention, not just from its country of origin.

At the same time, it is not a surprise that Madden NFL, a video game, which is released every year, is one of the most sought-after ones. Since the game was developed back in 1988, under the name “John Madden Football”, it became an instant hit. Naturally, the future installments got only better, not only in terms of graphics but also in terms of graphics.

Not only that, we can see that the newer installments came with some interesting features. The introduction of the internet made it possible for players to compete with people from all over the world. One of these features is definitely “Ultimate Team”. To be the best you can be within this feature, you need to earn coins.

Naturally, you can always buy 22 madden coins. But, there are other ways you can get them.

Let’s check some of these methods out.

If we were to decide on the simplest ways you can get these coins, we would say solo challenges. For those who don’t know, this is a process that repeats every week. The player will compete against a couple of AI teams. But, don’t make the mistake of believing that these battles will be simple. They are not called challenges without a reason, you know. By winning at these, you can earn battle score points.

These are important because they will be looked upon when deciding what sort of prize you will get for the participation. What’s important to know is that these will be transformed into in-game money, which you can spend on increasing the quality of your team, and a wide array of different aspects that can become significant for the growth of your little project, called “Ultimate Team”.

After the simplest way, we would like to point out the hardest one. There is an option for you to purchase packs, where you can receive players, both experienced ones, and those who are young prospects. We can understand the thrill that’s caused by expecting what you will receive within one of these. Those who don’t love to gamble this way, have a much safer way.

We are talking about purchasing players, without purchasing packs. To do this, you will need to earn a lot of these coins in the process. As you can presume, you will have a possibility to both buy and sell the players from your team. So, you can sell your players for coins and money. With this in mind, we are sure that more players will strive to get them this way.

After you play a certain number of matches, you will see that playing against an AI will not represent much of a challenge for you. So, the logical next step is to play against other players online. You can be sure that these matches will be much tougher for you. However, you will have a chance to get some rewards from being successful. It needs to be said that you will need a lot of practice before you can be on a certain level.

The reason is quite simple, you cannot earn anything from these matches if you are not successful. At the same time, more experienced players will always find some shortcomings in the system, which will help them score touchdowns much easier. While you will not enjoy it when this happens, there is no reason why you shouldn’t do this. Still, you will need a lot of hours before you are competent enough.

Next, we feel it is essential to point out auctions and trades. These are two different ways, but there is a connection between them, so, making one entry out of these two is not a mistake. You can access both of these by visiting the Auction and Trades menu. While this process may look pretty straightforward to you, there is much more to it than it seems. There’s always enough room to discover the best bargains.

Throughout the game, you will get sale platinum cards. Each of these can be sold for coins through an auction, or you can trade them with other players. It needs to be said that these cards come with a certain rating. The rating will be between 80 and 88. If you have cards with a higher rating, you can sell them instantly and receive a good amount of in-game money, which can be used for many different aspects.

Finally, we can see that the latest installments in the franchise have made it possible to receive much more rewards from packs you buy. Sometimes, players will develop a habit of purchasing as much of these as possible. We would like to say that this is not always the best move you can make. The reason is that you should prioritize and strategize your moves before you buy them.

MUT 22 coins play a crucial role in this situation. It may look like nothing to spend them all around, however, saving them for situations where you need them should be on the top of your list of priorities. Purchase packs only when you need a boost for your team. It happens when you see that your competitors have a serious advantage over you. Once again, don’t overspend on these packs.

As you can see, the “Madden NFL” franchise can provide you with a plethora of different options. So, make sure to make the most out of all of them. Here, you can take a look at a couple of ways how you can get coins fast.

How to Build a House in Minecraft Server

Pros to Owning a Games Console