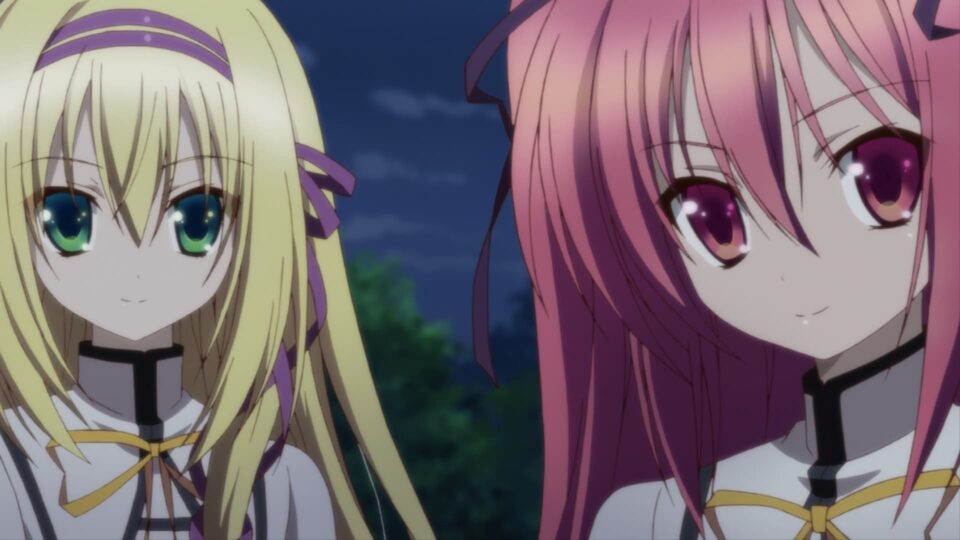 Mangas and anime have a huge fan base all around the globe. The manga and resultant anime series of the same name, Blade Dance Of The Elementalers have taken the world by storm and have left everyone wanting more.

Written by Yū Shimizu, this light novel series has won hearts. The novel has twenty volumes of which the first fourteen volumes were illustrated by the talented Hanpen Sakura. The remaining books were illustrated by Yuuji Nimura and Kohada Shimesada. The manga version gained so much popularity that in 2014, an anime was produced by Maki Fujii.

Blade Dance Of The Elementalers deals with the spirit world and fantasies, so if you want some relief from the hustle and bustle of the real world, this anime series can be a getaway for you.

The story of Areishia Spirit Academy, a training school for aspiring elementalists is indeed very engrossing and interesting. Although Blade Dance Of The Elementalers appears to be a standard harem anime at first glance, there’s more to it than meets the eye. While the release of the second season of Blade Dance Of The Elementalers is still uncertain, you can definitely read the manga. If you haven’t yet, you will not be disappointed.

What Happened In Season 1?

Blade Dance of The Elementalers takes place in a mystic world where spirits exist. The story revolves around a famous institute called the Areishia Spirit Academy, where only young, pure-hearted women from noble families can get trained to become elementalists. Their main aim is to groom the ability to establish contact with the evil spirits and enslave them in the process.

The story takes a twist when a young boy named Kamito Kazehaya, who happens to be the protagonist, comes into the picture. He is the only male who has ever entered the academy in a thousand years. The story then takes some thrilling turns and gets more interesting with passing episodes.

We see Kamito Kazehaya stealing the ability to enslave spirits from a shrine princess named Claire Rouge in the story. When Greyworth Ciel Mais, the headmaster of the Academy, becomes aware of the situation, Kamito is asked to prove himself by fighting battles with the other elementalists. Claire constantly tries to get her power back from Kamito while he prepares to battle the other elementalists.

When Will Blade Dance Of The Elementalers Season 2 Be Released?

The first season does not cover the full story of the manga. For a while now, fans have been speculating that the story might end on a cliffhanger which gives room for the audience to think for themselves about the ending. This may be one of the reasons why fans want the show back so that they can get their much-desired closure.

We can only know Kamito’s fate when the second season of Blade Dance Of The Elementalers is released. You can always read the manga to know more about the story, but there’s a possibility that the anime might deviate from the manga’s plotline.

Not much information about the second season of Blade Dance Of The Elementalers has been released ever since the first season ended. The creators have not shown much interest in a new season, but that doesn’t mean it might not come in the future. Fans still believe that Blade Dance Of The Elementalers will be back with a brand new season as the first one ended very abruptly and way sooner than expected.

It’s been more than six years now since the last episode of the anime aired and the chances of another season after a mediocre run with the first seasons seems unlikely. But if you are a diehard fan, you can always revisit season 1 and wait for any updates about the upcoming season.

Is There Any Official Teaser Out For Blade Dance Of The Elementalers Season 2?

An official teaser or trailer for Blade Dance Of The Elementalers Season 2, hasn’t been released yet. Although fans around the globe have made numerous videos, nothing has been released from the production team yet.

However, don’t lose hope just yet! While there has been nothing official for the last six years, fans have been waiting eagerly, and this high anticipation the fans have might force the creators to come up with a new season!

Whom Will We See In Blade Dance Of The Elementalers Season 2?

If Season 2 of Blade Dance Of The Elementalers is released, it is almost certain that there will not be any changes in the characters and who voiced them. There are speculations that the creators might add some twists and divert slightly from the actual manga story to create suspense and make it more interesting. It is quite uncommon that something like this might happen, but that doesn’t eliminate the chances completely.

Characters seen in the first season, such as Kamito Kazehaya and his contacted spirit Restia Ashdoll, will definitely make their way into the second season. Other characters who are an integral part of the story are Est, Ren Ashbell, Claire Elstein, Rubia Elstein, Greyworth Ciel Mais, and Areishia Idriss.

Many secondary characters in season 1 may or may not be a part of season two. We will know the fate of the characters only when the second season of Blade Dance of The Elementalers is released.

Blade Dance Of The Elementalers has gained huge popularity among people all around the world, especially with its manga. The series did not have a great start in the first few episodes but managed to live up to its expectations thereafter, but season 1 ended way too soon with just twelve episodes.

Fans seemed disappointed with the decision by the makers as it was expected to run for much longer. With the last episode airing more than six years ago, there is very little hope that the series will be back with a new season. Whether a new season is released or not, Blade Dance Of The Elementalers has been a great manga story as well as anime, and thousands of fans will certainly back this statement!

Inside Out 2 Release Date: Is This Series Coming in 2022!