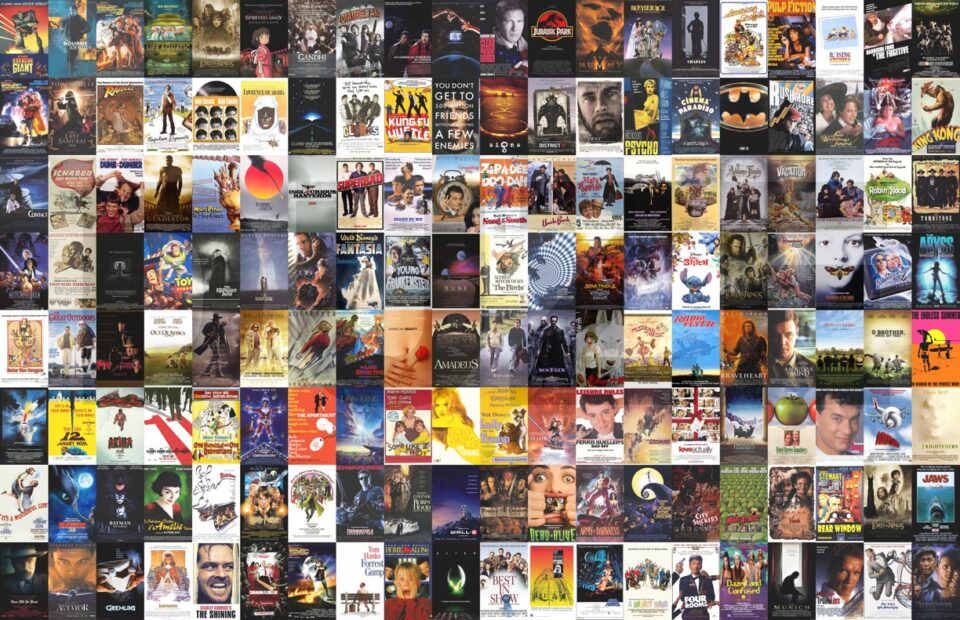 Trying to find a movie to watch can be a difficult task, without all the streaming platforms available, the increase in choices only seems to make it harder. There is not much worse than searching for hours for the perfect movie, only to put it on and you’re not interested. So we’re here to help, but don’t just take our word for it. Today’s list will be backed by IMDB ratings from regular raters. If you’re going to go ahead and watch some of the best movies ever made, make sure to do it justice and watch on the best setup possible. Try using a soundbar to enhance the sound, as well as a wall-mounted TV to give it more of a cinema feel. If you need wall-mounting help, call in the experts here.

Top of the list of best movies ever made by IMDB ratings is The Shawshank Redemption. Andy Dufresne, a bank merchant, is convicted of murdering his wife and her partner and condemned to life in prison at Shawshank. Life appears to have taken a turn for the worst, but Andy befriends several of the other convicts, particularly a man known as Red. Over time, Andy discovers methods to live life as freely as one may in jail, sending a message to all that while the body may be imprisoned, the spirit can never be really imprisoned.

Described by many as the best movie they’ve ever seen, everything from the cast, to the story, and even the ending was perfect. This is in many people’s views the greatest movie ever produced.

Whilst second on the list of best movies ever made, it does have the same rating of 9.2 as number 1 on the list, and in many folk’s eyes deserving of the top spot. The Godfather sees the Corleone mafia family transfer power from ‘Don’ Vito to his reluctant son, Michael. Michael who was originally against joining the family has to do what he was originally against and start a war against other mafia families which could cause the family to fall apart. Not only has it been considered ‘the best’ and ‘flawless’ by many of the viewers, but it also acts as an inspiration. This movie is the benchmark for actors, filmmakers, producers, and anyone else involved in movies.

Whilst we may assume the best movies would be made in recent times with all of the modern technology, The Dark Knight, released in 2008 is the newest movie on the list of best movies ever made. This is a sequel following the events of Batman Begins (2005), Batman, Lieutenant James Gordon, and new District Attorney Harvey Dent successfully begin rounding up the criminals who plague Gotham City, until a mysterious and sadistic criminal mastermind known only as “The Joker” appears in Gotham, causing a new wave of chaos.

Batman’s battle with The Joker becomes extremely personal, requiring him to “confront everything he believes” and upgrade his technology in order to defeat him. Called the greatest sequel ever thanks to its mature, intelligent script, and is surprisingly good for a superhero/comic book movie.

If one sequel on the list wasn’t enough, we have a second sequel, this time The Godfather, making this franchise have 2 movies in the list of best movies ever made. This movie follows the ongoing history of the Corleone crime family. It shows Michael Corleone in the 1950s as he strives to expand the family enterprise into Las Vegas, Hollywood, and Cuba. As well as telling the story of a young Vito Corleone growing up in Sicily and in 1910s New York. Some actually do claim it is better than the original but even if not it certainly runs it close. It is advisable you watch both part I and part II in order to keep up with the story and understand what’s going on.

The defense and prosecution have rested, and the jury is preparing to determine whether a young man is guilty or innocent of murdering his father. What began as an open-and-shut murder case quickly becomes a detective narrative with a series of clues casting doubt, as well as a mini-drama of each juror’s prejudices and expectations regarding the trial, the accused, and each other. People are often put off older movies, particularly this set in 1957, but don’t be put off. This movie takes place in just one room, proving that a great movie doesn’t need special effects, customers, etc. but can be created through pure acting and filming. This movie, despite its age and lack of post-production work certainly deserves its place on this list.

When Oskar Schindler decides to convert his factory into a haven for Jews during the brutal German Nazi regime, he transforms from a conceited and avaricious businessman into an unlikely humanitarian. It is a testimony to the goodness in all of us because it is inspired by the true story of Oskar Schindler, who prevented roughly 1100 Jews from being brutalized at the Auschwitz concentration camp. Steven Spielberg identified a way to tackle the Holocaust by recounting their lives, a topic that is too large and awful for fiction to reasonably address. He discovered, if not a happy conclusion, at least one that proved it is feasible to overcome evil among the wreckage of the darkest story of the era.

The film “Raging Bull” by Martin Scorsese is about violence, rage, and sorrow. It also deals with a man’s failure to comprehend a woman other than in light of the only two titles he is capable of giving her: virgin or whore, like many of Scorsese’s other films. The idea that a woman can be a friend, lover, or companion has no place in the prizefighter’s thinking in this film. She is initially just an unattainable sexual desire. Then, when he has taken possession of her, she is tainted by sexual activity. The male, who is insecure about his own masculinity, develops an obsession with jealousy and expresses it violently.