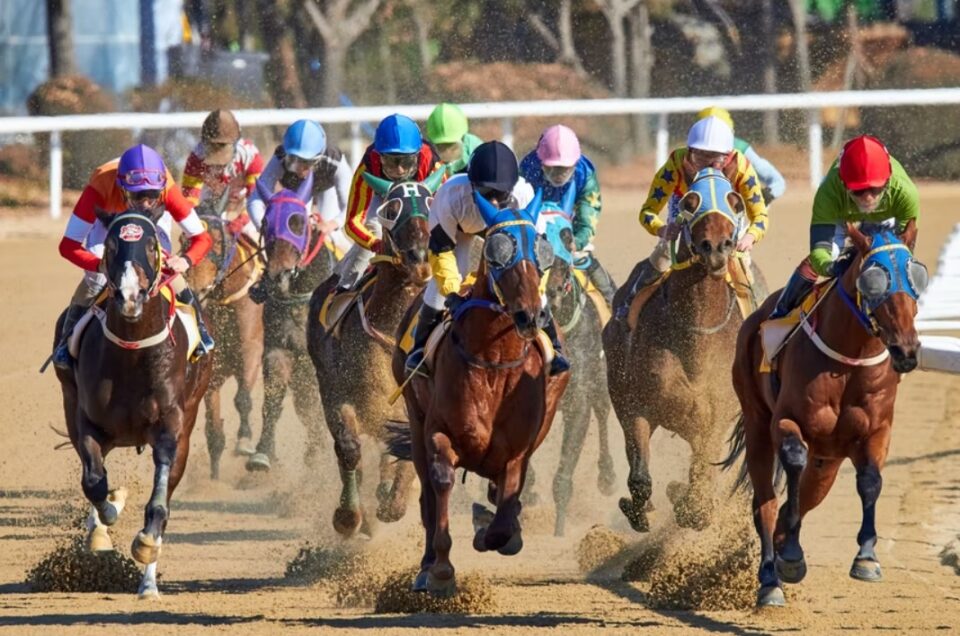 The history of horse racing stretches back to the Ancient Era, with many historians believing that it might be even older than that. In fact, many believe that the practice can be dated back to the time when humans first tamed horses, 6000 years ago. Throughout history, horse racing (and its variation, chariot racing) has had a turbulent popularity. In Greece and Rome, it was one of the biggest sports, quickly falling out of favor after the fall of the Western Roman Empire. While it was still practiced in the subsequent centuries, it wasn’t until the 1700s that horse racing regained its former glory. In the Victorian era, the sport gained massive popularity worldwide, and became the most popular sport in many European countries.

Today, horse racing has significantly dropped in popularity, however, still retains a massive appeal in the betting world. It is still one of the most popular betting sports, though significantly lagging behind football, basketball, and various other more popular sports. Horse racing enjoys coverage on various online betting sites, such as sportsbet.io, where new punters can take a look at the various races, slated to happen this year.

While we’ve all heard of the great race horses of their time, such as the Secretariat, Sea Biscuit, Man O’ War, and War Admiral, there are still some great horses today, who race in the most popular derbies in the world.

In this article, we are taking a look at some of the best horses on the scene today.

Among the most popular horses working today, perhaps even the most popular, Life Is Good is Thoroughbred colt, hailing from the United States of America. The champion horse was foaled in April of 2018, and was bred in Kentucky, sired by another famous race horse, Into Mischief, who has had quite a success rate in his own right.

Life Is Good’s debut came in 2020, when he was two years old. His first race was at the Del Mar Racetrack.He won the race by 9½ lengths, quickly getting the lead with the help of his jockey, Mike Smith. The following year he raced in the Sham Stakes, where he finished in third place, maintaining a good speed and proximity to the winning horses. The year 2021, was also the year Life Is Good got his first major victory, as he won the Breeders’ Cup Dirt Mile, in which he absolutely dominated, according to NBC Sports.

But the horse did not stop there. In 2022, he raced in the Pegasus World Cup, where he went toe-to-toe with champion, Knicks Go, eventually leaving him in the dust with an advantage of 3 ¼ lengths. This victory has propelled Life is Good to legendary status. In late March, 2022, Life Is Good raced in the Dubai World Cup, one of the biggest and most prestigious races in the world, however, he did not manage to win against the competition.

We mentioned the Dubai World Cup in the previous section. Life Is Good’s defeat during that competition came at the hands of Country Grammer, who won the 2022 Dubai World Cup, coming in at first place, jockeyed by Frankie Dettori, an Italian jockey who has had quite a bit of success in the Dubari World Cup, winning it four times, with four different horses.

Another horse bred in Kentucky, Country Grammer currently ranked among the top 5 best horses by various websites. The athlete is a male Thoroughbred horse, with a number of accomplishments under its belt, or saddle in this case. Apart from his huge victory in the Dubai World Cup, Country Grammer has attained first place in the Gold Cup at Santa Anita in 2021, the Peter Pan G3 in 2020, and the Maiden Special Weight in 2019. The horse has also landed in second place during the Saudi Cup G1, the Californian Stakes G2.

Changing the scenery from Kentucky just a bit, in this last section we are taking a look at the Australian Thoroughbred, Nature Strip. A chestnut-brown gelding, the horse was bred by the Golden Grove Stud Farm in 2014, and has been raising havoc in the Australian, and international, race horse scene.

Nature Strip’s first race came in 2017, when he was three years old. He raced in a 1000m maiden, which he unfortunately lost. He had a turbulent first season, taking a few more losses, and was, eventually, bought by Darren Weir.

In his sophomore season, the horse won his first four starts, gaining impressive lengths and making himself quite famous/infamous in Australia. Following the arrest of his owner, Darren Weir two years ago, who, according to the Guardian, was charged with animal cruelty, Nature Strip was elected as the Horse of the Year, and chosen to compete in the Everest, the richest horse race in the world. Many in the horse racing world considered this pick a mistake, however, were soon proven wrong.

The horse has raced in the Everest a total of three times, finishing in fourth in his first two attempts. In 2021, however, Nature Strip brought his A-Game to the Everest, coming in at first place, and winning the grand prize, establishing himself as one of the best horses in the world today.

While these three horses have all succeeded in various races, and established themselves as some of the best horses racing today, they aren’t the only ones who’ve achieved such lofty heights. Horses like the Golden Sixty, Speaker’s Corner, Home Affairs, etc. have all raced to the best of their abilities, and will, no-doubt, be remembered as the best horses of their time in the coming years.

10 Players with the Most Goals in the UEFA Champions League

How to Have More Fun With Sports

Which Sports Provide You with the Best Betting Odds